Method
Add all ingredients into a bowl and beat until smooth, or an easier and even quicker way is to use a blender and blend until smooth.
Heat up a frying pan on a moderate heat, add a little butter and pour or ladle batter to create each pancake.
Cook for about 4 minutes on the first side and then a minute or 2 on the other and serve. 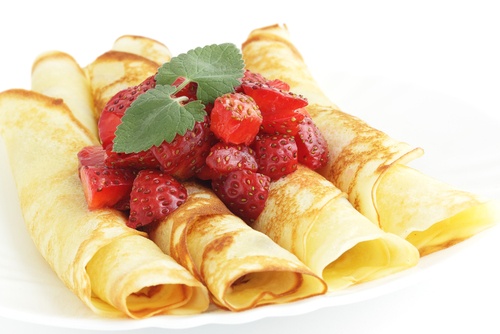 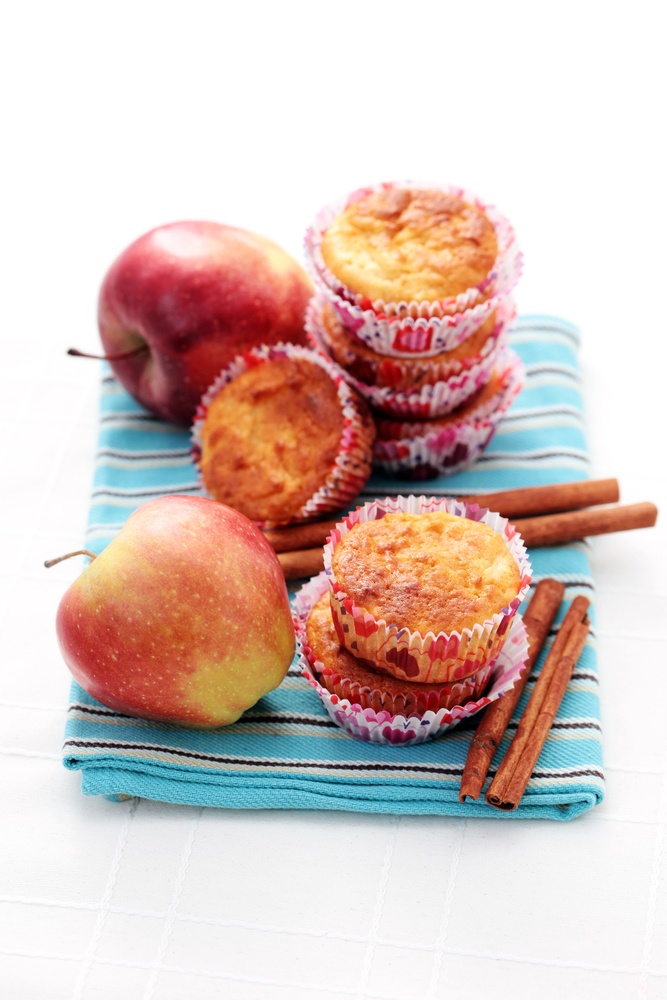 In a small saucepan, over low heat, melt butter.

Add cream and cream cheese, and whisk until smooth.

Add Nirvana  Xylitol™ , and adjust to taste. (Add a little more if you need too).

Reduce heat, and stir in cocoa (again you can adjust to taste) and vanilla.

Pour into a small buttered dish.

Place in the refrigerator to set for 3 to 4 hours.

In a medium bowl, dissolve coffee powder in boiling water. Stir in dates and Kahlua and allow to cool. Combine flour, lecithin granules, baking soda, salt, and cinnamon in a separate bowl and set aside. In another bowl, mix together melted butter, applesauce, sour cream, vanilla extract, maple flavoring, and egg yolks; combine with cooled Kahlua mixture. In a large bowl, beat egg whites with mixer until soft peaks form; gradually add Nirvana Xylitol™ and beat until peaks are stiff but not dry. Using a spatula, gradually fold dry ingredients into beaten egg whites alternately with liquid ingredients, and stir just until batter is smooth. Transfer the batter to a 22cm x33cm baking pan that has been buttered, lined with parchment paper, and buttered again. Bake at 175˚C  for 30-35 minutes or until toothpick inserted in center comes out clean.

Combine flour, baking soda, salt, cinnamon, nutmeg and cloves in a medium bowl and set aside.

In another bowl, mix together melted butter, olive oil, applesauce, sour cream, vanilla extract, and egg yolks and set aside.

In a large bowl, beat egg whites with mixer until soft peaks form; gradually add Nirvana Xylitol™ and beat until peaks are stiff but not dry.

Fold in carrots and repeat for walnuts and raisins.

Transfer the batter into a 23cm x33cm baking pan that has been buttered, lined with baking paper, and then buttered again.

Bake at 175˚C for 30-35 minutes or until a toothpick inserted in centre comes out clean.

Tastes great with a lemon and cream cheese frosting. 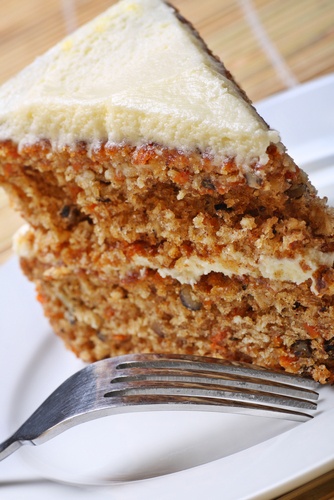 Method
Combine all dry ingredients into a medium sized mixing bowl and mix to combine.
In another bowl beat the eggs, add vanilla, peanut butter and butter and mix well.
Combine the 2 mixtures well and bake in a well greased shallow baking dish.
Bake at 170˚c for 15-20 minutes or until nicely golden brown, remove from oven and turn out onto a cooling rack (it should hold together). Let cool.
Ingredients (Frosting/Icing)

Method
Add the softened cream cheese and vanilla to a mixing bowl and begin beating.
Once it is smooth add the Nirvana Xylitol™ and adjust to taste.
Once the slice has cooled spread the cream cheese icing evenly over it and refrigerate.Ready to be eaten straight away.

Method
In a small saucepan, over low heat, melt butter. Add cream and cream cheese, and whisk until smooth.
Add Nirvana Xylitol™, and adjust to taste. (Add a little more if you need too).

Heat until bubbling, stirring constantly.
Reduce heat, and stir in cocoa (again you can adjust to taste) and vanilla.

Leave in saucepan and set aside to cool.

Ingredients (Base)
150g Almond meal
50g or around 1/3 cup Desiccated/finely shredded coconut
60g butter, melted
1/4 cup of Nirvana Xylitol™
Dash of vanilla
Method
Butter a 23cm dish and preheat oven to 170˚C
Combine base ingredients and press into the base of the dish, place into oven and reduce temperature to 140˚C and bake for 15 minutes or until golden.
Remove and allow to cool.
Once both the base and the fudge have cooled add the fudge to the base and spread evenly.
Ingredients (The Topping)
1 Cup of cream
½ teaspoon of vanilla
1-2 teaspoons of Nirvana Xylitol™
2-3 squares of Lindt 70% or Lindt 85% chocolate melted
Method
In a bowl add the cream and vanilla and begin whipping, add the Nirvana Xylitol™ and check for sweetness and adjust (you want the cream to be just slightly sweet).

Whip until thick and then spread over the fudge.

Melt the chocolate and drizzle over the cream. 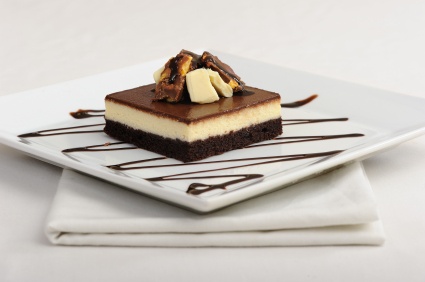 In another bowl, combine flour, baking soda, and salt. Gradually stir flour mixture into batter, and fold in white chocolate and macadamias.

Cookies are soft when taken from the oven, but become more firm when stored overnight.

Filling:  Mix ½ cup Nirvana Xylitol™, cinnamon, and nutmeg together; stir in apples and butter, and set aside while preparing crust.

Spoon half of crust mixture onto bottom of buttered 19cm x 30cm baking dish, and gently press evenly into place. Spoon filling over crust, and sprinkle remaining crust mixture over apple filling. Bake at 175˚C for 30-35 minutes or until light golden brown.

In another bowl, combine flour, baking soda, and salt. Gradually stir flour mixture into batter, and fold in chocolate.

Cookies are soft when taken from the oven, but become more firm when stored overnight. 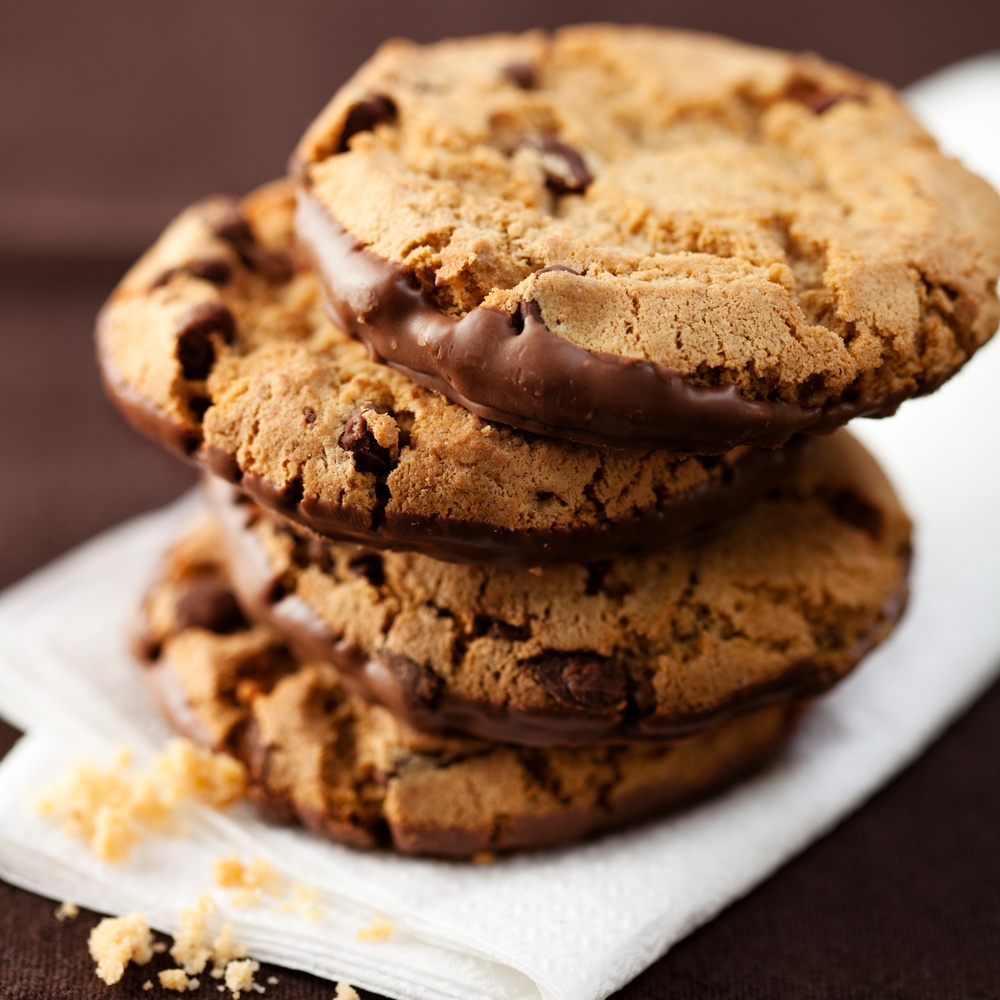 Preheat oven to 175˚CLine a baking tray with parchment paper or oil the tray lightly.

Mix dry ingredients together in a large bowl.

Make a well in the center of the dry ingredients and add all liquid ingredients.

Mix with a fork until well blended.

Turn the mix onto the countertop and shape into a ball.

Pull off 18 pieces of dough and form into small balls on baking tray.

Press a small hole into the center of each cookie with your thumb and fill with your favorite jam.

Add ½ teaspoon of vanilla extract. Stir in the dry ingredients until well combined. Drop teaspoons of dough on an un-greased cookie sheet. Bake for 15 minutes at 165˚C. 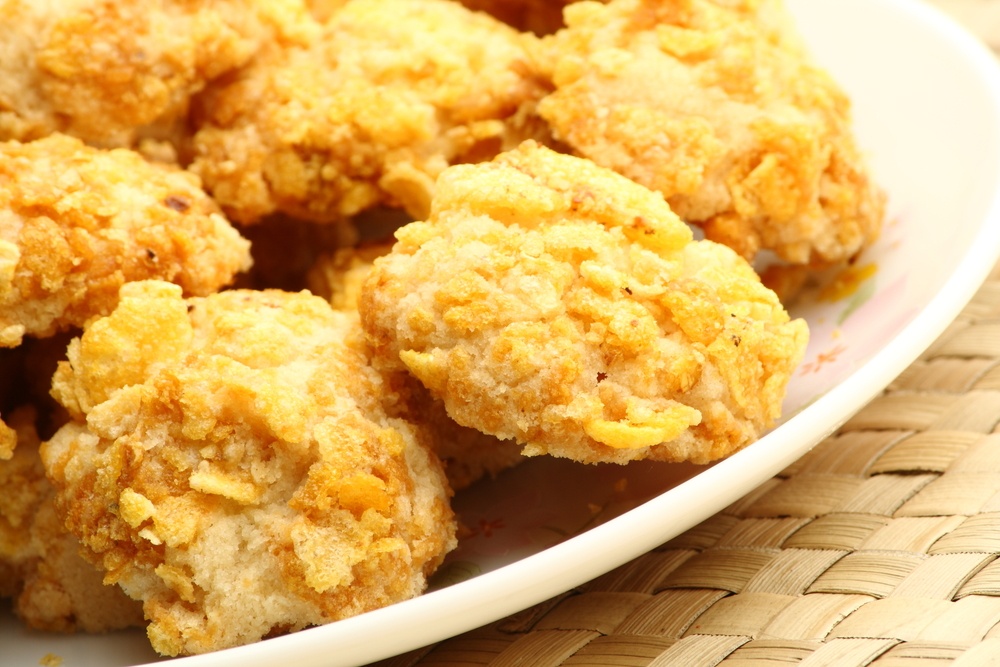 Beat egg whites in a large bowl until peaks turn over.
Add half the Nirvana Xylitol™ and beat again until quite stiff.
Beat the yolks and water in a small bowl until frothy.Add the remaining Nirvana Xylitol™ and beat until thick and light.
Pour the cream and vanilla into the container you will freeze the ice cream in and sift the cocoa onto the cream
Whip slowly at first to try and get as much cocoa dissolved into the cream before it becomes too firm.
Fold the 3 mixtures together.
Cover and freeze

Place milk in a small saucepan and heat to almost boiling. Remove from heat and set aside.

Combine arrowroot powder and Nirvana Xylitol™ in a medium bowl.

Slowly add scalded milk to egg mixture, stirring until well blended. Transfer this mixture to top of double boiler, and cook over boiling water, stirring constantly, until custard is thick and smooth. Strain if necessary.

Stir in vanilla extract, and pour mixture into a large bowl.

Stir in sour cream until thoroughly combined, cover bowl, and refrigerate until chilled.

Method
Use blender to pulp up the tomatoes and onions and put in a large pot along with all other ingredients.
Simmer steadily with lid on for up to 1 hour, stirring occasionally.
Stir in Xantham gum to thicken the relish.
Remove from heat and pour into a 400g sterilized jar or bottle and cap when cool. 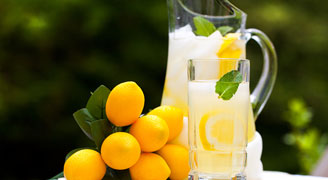 Allow tea to steep for 5-10 minutes, and remove tea bags.

Pour into ice-filled glasses, and serve with lemon or orange slices. Very refreshing!