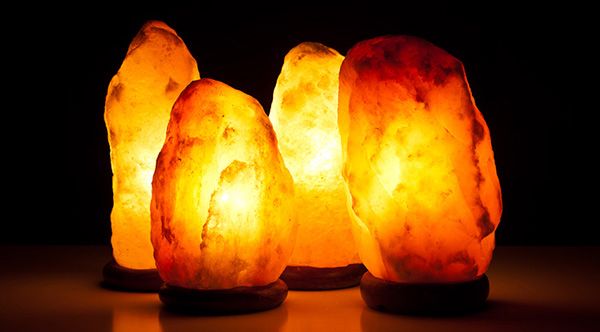 “… the ancient ocean bed was thrust skywards by tremendous geological forces to form the mighty Himalayan Mountain Range. In the process, the pure veins of crystal salt were locked away – waiting to be unearthed….”

Unlike normal sea or rock salt, Himalayan Crystal Salt is uncontaminated by modern day environmental factors and is made from salt crystals formed by nature hundreds of million years ago when continents collided, raising ocean beds high into the mountains of the Himalayas. The salt from those beds still remains deep inside the mountains and nearby foothills.

* Unlike normal sea or rock salt, Himalayan Crystal Salt is uncontaminated by modern day environmental factors and is made from salt crystals formed by nature hundreds of million years ago when continents collided, raising ocean beds high into the mountains of the Himalayas. The salt from those beds still remains deep inside the mountains and nearby foothills.

* The Himalayan Salt Crystal used for our authentic lamps is pure, unpolluted, and without environmental impact. In fact they are from one of the most unpolluted places on our planet.

* They are “truly unique”: no two lamps or candle holders are the same – each is uniquely shaped and or crafted to retain their beautiful crystal structure, shape and unique colour.

* As the bulb or candle warms, the salts negative ions are released into the air – thereby purifying, energising and creating a wonderful atmosphere. “They are renowned for soothing your spirit and restoring air quality”

* A perfect gift for someone you love, care for, wish to impress, or simply for the person who already has everything! And yes, why not spoil /pamper yourself “you probably deserve it” and tell us anyone who simply would not like to feel more healthy and energized.

* Nirvana Himalayan Crystal salt is hand mined for crystal protection from the Himalayan region of Kalabagh and PMDC – Government accredited for highest quality and sourced from the only company whose products are officially recognized as” best quality” by the government of Pakistan. Now that is nice to know!

“Q. I have heard that Himalayan Crystal Salt Lamps can be compared to an Ioniser, is this true?

A. Yes, Himalayan Salt Crystal Lamps have a similar effect to an ionizer. These salt lamps emit negative ions to their surroundings. Negative ions kill bacteria, purify the air, reduce radiation, increase well being & soothe the mind, body & soul. Negative ions are found naturally in nature: during thunder storm activity, at waterfalls, rainforests or by the sea and wherever nature is most pure.

Q. Why are Ionisers, so important in modern day times?

A. There can be little doubt that air quality is not what it used to be. Apart from the obvious pollution from traffic, industry etc, our world now also contains a variety of elements that degrade the air we breathe. Computers, microwaves, cordless and mobile telephones… Long regarded as a panacea to this problem, negative ion generators continue to find their way into people’s living and work spaces. The creation of negative ions by these devices counters the harmful effects that too much exposure to positive ions can cause.

Q. How do Himalayan Salt Lamps actually work as in Ioniser?

A. It’s a commonly held opinion that Himalayan Salt Crystal Lamps provide a unique, natural and low-tech alternative to existing ionizers. Because of the unique molecular structure of salt, the gentle heat created by the lamp allows the sodium chloride crystals to separate into positive and negative ions, a natural process repeated daily when the sun heats the oceans. Once created, the negative ions attract and bond with the positive ions. It is these positive ions that carry the pollutants, dust and smoke in the atmosphere, not to mention the positive ions generated by many modern appliances and electronic equipment.

A. Himalayan Crystal Salt lamps are renowned for attracting water molecules from the air, forming a NaCl and H20 solution. Sodium is a positive ion, and Chloride, a negative ion. Hydrogen has a two part negative charge and Oxygen is a positively charged ion. These ions create a reaction of two positive ions and three negative ions. After cancelling each other out, one lone negative ion is produced. This negative ion seeks out the first positive ion like a dust, or bacteria particle and zaps it. This is the process of positive ion reduction and is how our Himalayan Salt Lamps work.

Q. Why is each lamp/candle holder considered unique and one of a kind?

A. Himalayan Crystal Salt lamps and candle holders are carefully crafted by hand using the best artisans in the carving business to retain their unique, beautiful crystal structure, shape and colour ranging from pure white to apricot, pink, orange and even dark red. The pride these artisans take in their work is reflected in the superior lamps they produce.

Q. Why do you highly recommend marble base over timber bases (other than the fact that they look superb)?

A. All (without exception) Himalayan Crystal salt lamps with timber bases imported and sold within Australia have been fumigated with Methyl Bromide. Nirvana Himalayan Crystal Salt lamps only come with beautiful marble bases – “for this reason”.

Q. Why fumigate timber bases with Methyl Bromide and why is this bad?

A. Methyl bromide is used as a fumigant and pesticide. (All timber imported into the country must be fumigated). Methyl Bromide is a poisonous gas and is highly toxic. It is also listed as an ozone-depleting substance

No two salt lamps or candle holders will ever be alike. They naturally contain veins, cracks and striations. The colour of the salt crystals will range from colour listed above. We cannot guarantee your salt lamps will look like any picture depicted on our site, as no two crystal salt lamps will ever be the same. Weight and size will vary within product styles and we only give approximations based on averages. Due to these variances, we cannot guarantee exact shape, size or colour but do we do guarantee our entire salt lamp/candle holder collection will be one of a kind.